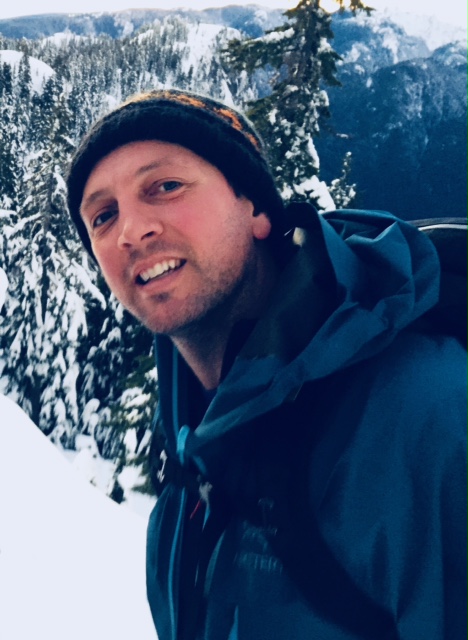 At a ripe old age of 13, a young, energetic Jason knew he was destined for a career in physiotherapy. His passion for sports and the opportunity to work with his hands, all while applying his detective-like problem solving skills, made physiotherapy the perfect fit.

Following graduation, Jason's love of the mountains and adventure relocated him to Vancouver BC where he continued to grow as a young physiotherapist. He involved himself in the Orthopaedic Division of Manual Therapy, completing Level 3. As well, he achieved certification in the Gunn Method of Intramuscular Stimulation (dry needling). In 2009, Jason began working with Dr. Linda-Joy Lee, PhD, BSc., BSc(PT), FCAMT, at SynergyPHYSIO. Under her mentorship, he trained and later worked as a teacher assistant in the Integrative Systems Model (Lee & Lee) and Connect Therapy (Lee).

Clinically, Jason enjoys working with a wide range of clients. He draws clinical experience from working with high performance and recreational athletes looking for an edge, to people suffering from chronic pain or failed rehab, who are looking for solutions. Jason has a deep understanding of all the different layers of the body, their interconnections and how the body moves as a whole. As a result, he offers a very cliented centered and outcome driven approach to his practice.

Since relocating with his young family to Nelson in 2017, Jason can be seen outside enjoying the fresh mountain air in all its beautiful seasons and all the dynamic liveliness nature brings.

Courtney was born and raised in the beautiful Fraser Valley and following high school carried on to the University of British Columbia in Vancouver where she graduated with.a Bachelor of Human Kinetics majoring in Exercise Science. During her undergraduate studies, Courtney became involved as an athletic trainer with the T-bird Varsity Men's Volleyball team, traveling across Canada and to Hawaii. This experience sparked her interest in sports rehabilitation, and led her to pursue Physiotherapy. Courtney continued her formal education, graduating from the University of Alberta in 2009 with a Master of Science in Physiotherapy.

Since graduation, Courtney has completed several continuing education courses including the Level 3 components of her manual therapy education through the Orthopedic Division of the Canadian Physiotherapy Association, GUNN IMS (an intramuscular stimulation dry needling technique) as well as Women's Health/Pelvic Health Rehabilitation (managing perinatal women, bladder/bowel incontinence & organ prolapse) . Courtney enjoys incorporating all her skills along with soft tissue techniques and therapeutic exercise to provide her clients with a well rounded treatment plan.

Courtney enjoys treating all populations of people, loving how each day of work is so varied and constantly keeping her on her toes.

On a personal level, Courtney enjoys being as active as possible! When not at work, you can find her spending her spare time exercising, or out chasing around her two young children, husband Kelly, and yellow Labrador, Bo! 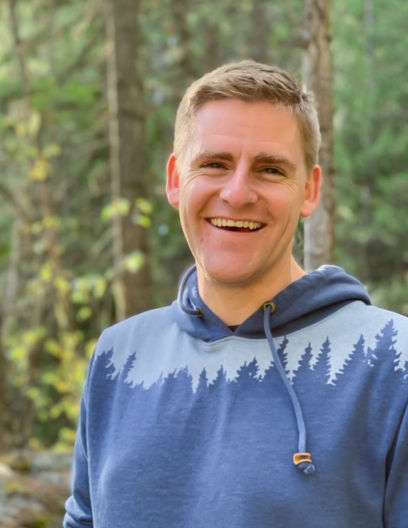 Josh began his academic career at Red Deer College where he studied as a student athlete and graduated with his Diploma in Kinesiology - majoring in Coaching and Sport Performance. He then completed his degree at the University of British Columbia earning a Bachelors of Human Kinetics with a Specialization in Exercise Physiology. Josh finally graduated from the University of Alberta with his Master of Science in Physical Therapy.

Josh has a special interest and has completed advanced courses in both concussion management and vestibular disorders (vertigo and dizziness).

He enjoys working with anyone who doesn’t feel 100%. Whether it’s persistent pain, sport-related injury, concussion or vertigo, sprain, strain, neck or back dysfunction, motor vehicle accident, or any other issue, he looks forward to helping you get back to feeling like yourself.

Josh has an extensive athletics background - playing everything from competitive hockey, to college badminton, and everything in between. His love for sport, coaching, and training formed the foundation for what has become his true passion: Physiotherapy.

Given his history in biomechanics and exercise physiology, Josh has a keen interest in restoring your normal movement and assisting you to enhance your functional capacity.

He has completed many other post-graduate courses including Biomedical Dry Needling, Spinal Manipulation, Acupuncture Canada AA1 and AA2, Advanced Concussion Rehabilitation, Dizziness and Balance rehabilitation, and the Selective Functional Movement Assessment. Josh is also a Certified Manual Therapist who firmly believes in a hands-on, active and holistic approach to recovery, with a focus on education, exercise-prescription, lifestyle management, manual therapy, and acupuncture/dry needling.

Aside from his numerous athletic pursuits, Josh has an eclectic list of hobbies and can most likely be found hiking or skate skiing with his wife and kids, biking, paddling around the lake, or playing his drums.

Born and raised in the Netherlands, Ellie completed her Physiotherapy degree in 2006 in Utrecht. After graduation, she combined working in a multidisciplinary rehab center for spinal cord injuries with a career in a sport's med clinic. In 2011, she moved to Vancouver to explore and enjoy the West Coast.

Upon landing in Canada, Ellie has done continued education in K-tape and dry needling. Most recently, she completed the Connect Therapy series developed by dr LJ Lee. This model has given Ellie a great framework to assess the whole body and linking drivers and areas of non optimal movement to treat the whole person.

Ellie has extensive experience working with athletes of all skill levels: she has been a personal trainer, ran a neighbourhood fitcamp for moms and has worked for the junior and senior Canadian men's field hockey program. She was a varsity field hockey athlete in the USA and has coached and played field hockey for years.

Sarah has always had a keen interest in anatomy and physiology, movement of the human body, and injury prevention. Sarah completed a Bachelors of Kinesiology at the University of Calgary (2010) as well as spent one year abroad at the University of Groningen in the Netherlands. She then went on to complete her Massage Therapy diploma at Mount Royal University in Calgary (2012) and she is an active member of the College of Massage Therapists of British Columbia.

After completing her formal education Sarah has worked in multidisciplinary settings working with Chiropractors, Acupuncturists, and Physiotherapists. She also spent time as a Teaching Assistant for a palpations course at Mount Royal University.

Sarah has a passion for learning and is continually taking courses to expand her skills. She has a special interest in women’s health especially during the prenatal and postnatal period. She has most recently taken continued education on Pelvic Health, Infant Massage, and Pelvic Pain Science. Her other training includes trigger point therapy, myofascial release, manual lymph drainage, and a nine-part series on Integrative Fascial Therapy focussing on treating; fascial mobility of the cranium, visceral massage, as well as myofascial mobilization for the jaw, spine, pelvis and thorax.

As an RMT, Sarah focuses on the root cause of the issue rather than symptomatic treatment to get you back to your 100%. Sarah strives to provide an evidence-based practise and patient centred care.

Sarah is excited to make Nelson her new home and enjoy all that it has to offer. Outside of the clinic Sarah loves to stay active with skiing, trail running, and mountain biking.